Since ancient times, societies have used rousing lines of poetry to inspire soldiers to acts of heroism, courage, and sacrifice. But what about literature that expresses doubts about war? Or fear? Or that conveys its brutal nature? Should those works be a part of the curriculum as well?

And what about literature that, on its surface, has nothing to do with the battlefield? Where is the value in that for a soldier?

One thing seems clear: how a society educates its soldiers tells us something fundamental about the values of that society. And when it comes to the role of literature in a soldier’s education, we can learn two things. We see how we as a society think of the men and women fighting for us. And we see a reflection of what we think literature can and should do.

Works and authors discussed include the Shahnameh, Elizabeth Bishop, Great Expectations, The Mayor of Casterbridge, Shakespeare’s Henry V and Romeo and Juliet, and others.

We took a look at Homer and his famous tale of the siege of Troy way back in Episode 3 – Homer.

For an episode on the dialogue between the reluctant warrior Arjuna and his charioteer Krishna, who dramatically reveals himself as the incarnation of God, try Episode 33 – The Bhagavad Gita.

For more about poetry in the context of war, try a pair of episodes with Professor Bill Hogan: Episode 56 – The Poetry of Ruins and Episode 93 – Robert Frost Finds a Friend

For the story of an American writer who went off to World War II and came back a changed man, try Episode 141 – Kurt Vonnegut (with Mike Palindrome).

For a look at the politics of war and peace, try Episode 117 – Machiavelli and The Prince. 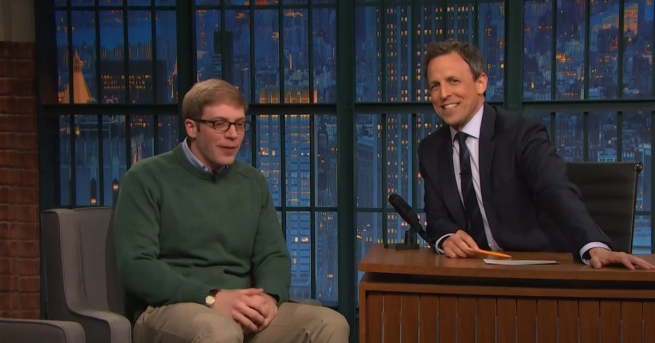 Comedian Joe Pera has been hailed as one of the top “Comedians Under 30,” “20 of the Most Innovative Comedians Working Today,” and the “Cozy Sweater of Comedy.” His lovable, pleasantly awkward delivery style has made him a breakout star on the standup circuit and on late-night shows like Conan and Late Night with Seth Meyers.

In this special episode of The History of Literature, Joe joins Jacke to discuss the comedians he grew up admiring, his first attempts at standup, and his new television show Joe Pera Talks with You, which premieres on May 20 on Adult Swim, the #1 network with millennials 18-34. Special bonus: Jacke tries his hand at writing a few jokes about literature. Will they earn the admiration of a professional comedian? We’ll see!

To listen to the notorious Madame Bovary episode, head to Episode 79 – Music That Melts the Stars – Madame Bovary by Gustave Flaubert.

For more about literature and comedy (and another dose of Christopher Guest, try Episode 96 – Dracula, Lolita, and the Power of Volcanoes (with Jim Shepard). 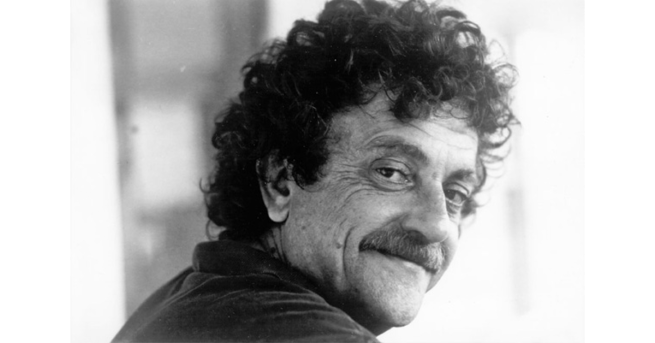 “The year was 2081,” the story begins, “and everyone was finally equal.” In this episode of the History of Literature, Jacke and Mike take a look at Kurt Vonnegut’s classic short story, “Harrison Bergeron.” In this 1961 story, Vonnegut imagines a world of the perfectly average, where no one is allowed to be too great – until a hero named Harrison Bergeron comes along. Along the way, we discuss Vonnegut’s life and works, what we think the story means, and Mike’s own attempt to limit himself in order to better function in society. SPOILER ALERT: THERE ARE NO SPOILERS! This episode is completely self-contained. We read the short story, so there’s no need to run out and read it on your own first (unless you want to).

For another self-contained episode on a classic twentieth-century short story, try Episode 139 – “A Hunger Artist” by Franz Kafka.

For more about short stories in general, try Episode 57 – Borges, Munro, Davis, Barthelme – All About Short Stories (and Long Ones Too).

And for another high school favorite, try Episode 119 – The Catcher in the Rye by JD Salinger. 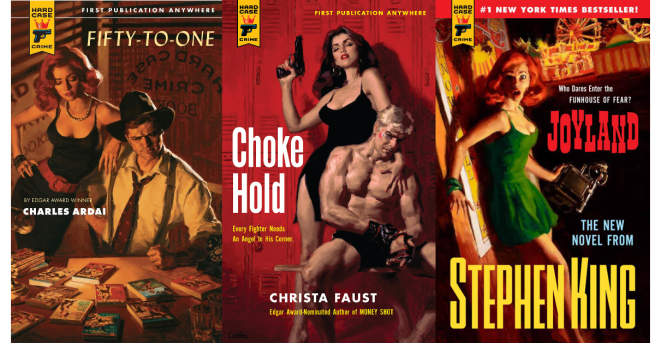 In 1896, an enterprising man named Frank Munsey published the first copy of Argosy, a magazine that combined cheap printing, cheap paper, and cheap authors to bring affordable, high-entertainment fiction to working-class folks. Within six years, Argosy was selling a half a million copies a month, and the American fiction market would never be the same. In this special episode of The History of Literature, we’re joined by Charles Ardai, a man who helped to resurrect one of twentieth-century pulp fiction’s brightest stars: the hardboiled crime novel, with its brooding heroes, high-energy prose, fast-paced plots, and seductive painted covers. His publishing line, Hard Case Crime, brings back forgotten and never-published manuscripts of old masters as well as new novels by contemporary authors like Stephen King and Christa Faust– and returns readers to the days when a dangling cigarette and a tumbler of whiskey was almost enough to make you forget the dame who nearly got you killed. Almost.

For more on the connection between the Romantics and modern-day crime fiction, try Episode 65 – Mary Shelley’s Frankenstein (with Professor James Chandler)

For another dose of Humphrey Bogart, try Episode 135 – Aristotle Goes to the Movies (with Brian Price) 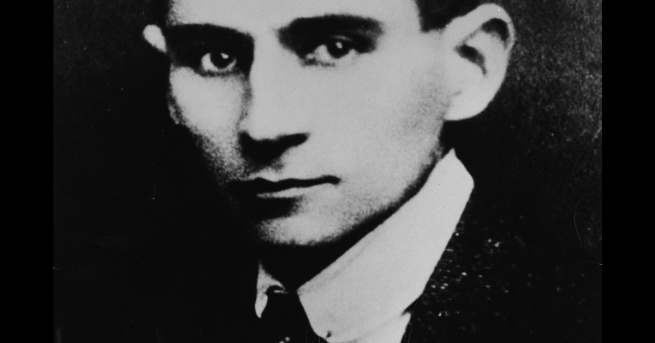 In 1922, the miserable genius Franz Kafka wrote a short story, Ein Hungerkünstler (A Hunger Artist), about another miserable genius: a man whose “art” is to live in a cage and display his fasting ability to crowds that don’t always appreciate what he is trying to do. Inspired by actual historical figures, though suffused with nostalgia and Kafka’s penetrating insight, the story asks us to reconsider our conceptions of art and spectacle, life and death, hunger and humanity. Host Jacke Wilson is joined by superguest Mike Palindrome, President of the Literature Supporters Club, to feast on one of the greatest short stories ever written.

For more on short stories, try Episode 57 – Borges, Munro, Davis, Barthelme – All About Short Stories (And Long Ones Too)

For a deep dive into Alice Munro’s “A Bear Came Over the Mountain,” try Episode 115 – The Genius of Alice Munro