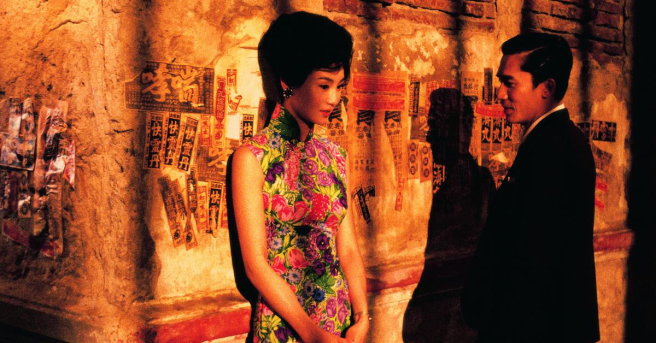 What do Edith Wharton, Haruki Murakami, Raymond Chandler, John Fowles, Alfred Hitchcock, and Wong Kar-wai have in common? All are known for their ability to generate a particular mood and atmosphere – and all were selected by our guest, Professor Vu Tran of the University of Chicago, as being particularly inspirational as he wrote his novel Dragonfish. In this episode, Vu and Jacke discuss what makes these works so compelling, how the works helped Vu write his novel, and how a certain American city produces an intense feeling of endless hope and melancholy, twenty-four hours a day.

VU TRAN is an Assistant Professor in the English Department at the University of Chicago and the author of Dragonfish: A Novel (2015). Professor Tran has been described as “a fiction writer whose work thus far is preoccupied with the legacy of the Vietnam War for the Vietnamese who remained in the homeland, the Vietnamese who immigrated to America, and the Americans whose lives have intersected with both.”

Dragonfish: A Novel by Vu Tran

The Magus by John Fowles

The Age of Innocence by Edith Wharton

The Big Sleep by Raymond Chandler

In the Mood for Love (dir. Wong Kar-wai)

We have a special episode coming up – listener feedback! Contact the host at jackewilsonauthor@gmail.com or by leaving a voicemail at 1-361-4WILSON (1-361-494-5766). END_OF_DOCUMENT_TOKEN_TO_BE_REPLACED

Flannery O’Connor (1925-1964) lived a life that, in retrospect, looks almost like one of her short stories: sudden, impactful, and lastingly powerful. Deeply Catholic, O’Connor portrayed the American South as a place full of complex characters seeking redemption in unusual and often violent ways. She once said that she had found that violence was “strangely capable of returning my characters to reality and preparing them to accept their moment of grace,” and it is this confrontation – restless faith crashing into pain and evil – that energizes O’Connor’s best works. Possessed of almost supernatural writerly gifts, O’Connor’s insight and artistry place her in the uppermost echelon of American authors. Host Jacke Wilson tells the story of O’Connor’s life, her most famous works, and his own near-connection to the author…before concluding with some troubling recent discoveries and a preview of a deeper examination of O’Connor and her place in American letters.

Embattled and arrogant, the novelist and painter Wyndham Lewis (1882-1957) was deeply immersed in Modernism even as he sought to blast it apart. He was the type of person who would rather hate a club than join it – and while his taste for the attack led to his marginalization, his undeniable genius made him impossible to ignore. Eventually, his misanthropic views led him down some dark paths, as the freedom and energy of the early twentieth century gave way to totalitarian regimes and the horrors of modern war. Professor Paul Peppis, an expert in the politics, art, and literature of the Modernist era, joins Jacke for a discussion of Wyndham Lewis and his leadership of the thrilling, doomed artistic revolution known as Vorticism.

Brand new! Check out our Facebook page at facebook.com/historyofliterature.

What makes a short story a short story? What can a short story do that a novel can’t? Can a story ever be TOO short? The President of the Literature Supporters Club stops by to discuss the length of fiction, with some help from Lydia Davis, Donald Barthelme, Edgar Allan Poe, Alice Munro, Italo Calvino, Jorge Luis Borges, Ernest Hemingway, Roberto Bolano, Georges Simenon, Alberto Moravia, Augusto Monterroso, Jonathan Franzen, F. Scott Fitzgerald, Saul Bellow, and Franz Kafka.

Brand new! Check out our Facebook page at facebook.com/historyofliterature.